Provided the Telecommunication and Security System Engineering.  The project was for construction of a 250,000SF two level, 12 narrowbody with 2 wide body gate concourses between Terminal B Flight Station 5 and existing Terminal C North.   The project renovated 59,400SF of the BD Connector and 3,500SF of the Terminal B Bus Station.  The design included phasing the remove all underground facilities including a primary airfield telecommunication ductbank as well as maintaining operations to the BD connector from the new concourse so that the existing Terminal C north concourse can be demolished to make way for the MLIT program.  The security system design included IP cameras for 2 separate systems (United Airlines and the Houston Airport System).  In addition access control was provided for the HAS security system.  The structured cabling system was also separated into separate systems including UA, HAS and tenant systems.  Some of the technology included Public and private WIFI, Automated aircraft docking system, data, VoIP, FIDS, GIDS, RIDS, fueling system and controls, kiosks, courtesy phones, defibrillators, building monitoring systems, etc. The IDF Rooms were set up into 3 partitions - one secured area for HAS, one secured area and UA and a tenant area.  Redundant backbone cabling was provided with separate routes using both underground and overhead for fault tolerance.  In addition, a communication duct tie in for the future airport facility utility corridor was designed.  This project was bid in multiple packages and designed for LEED certification.  The construction cost for this project was estimated at $150mill. 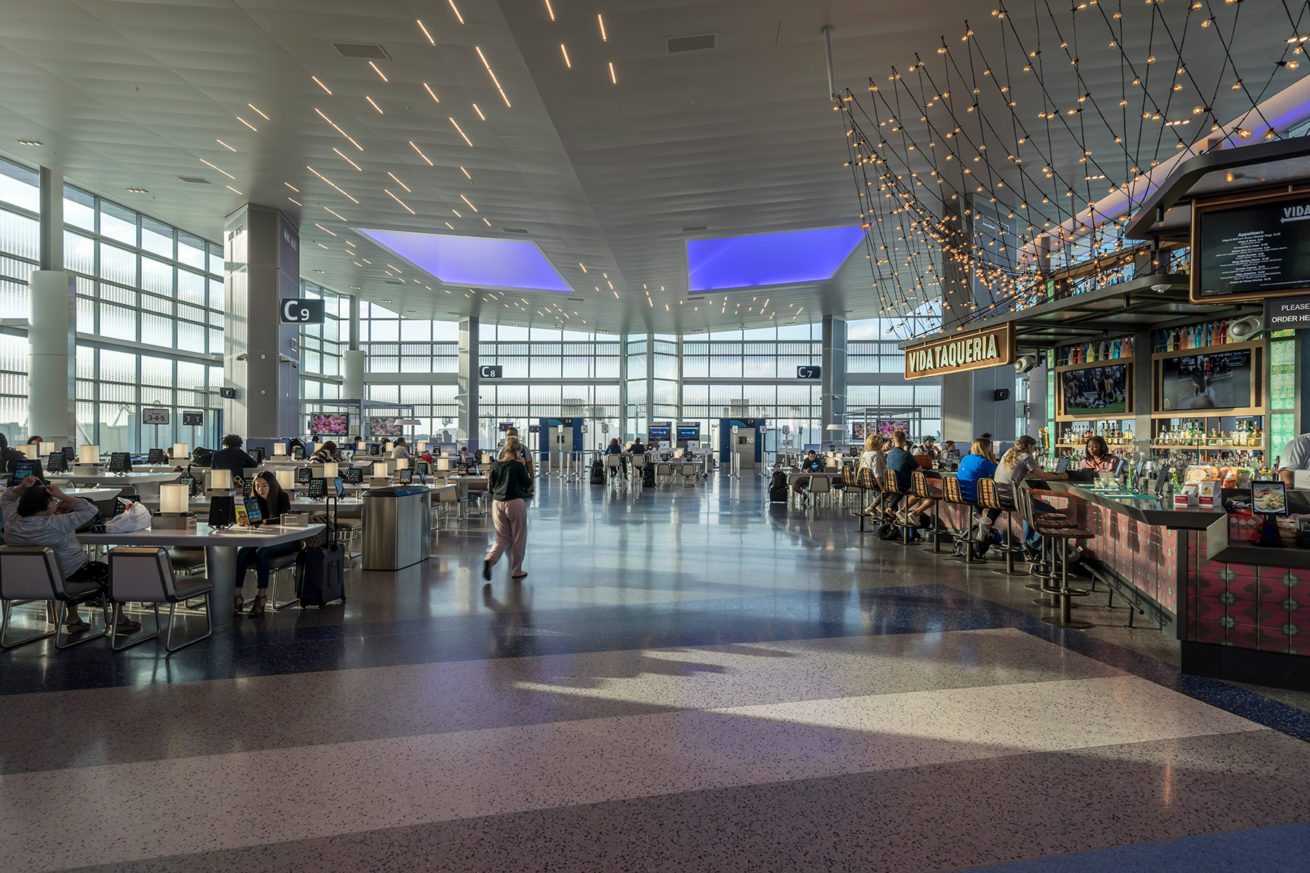