Airfield Electrical Engineering for the Reconstruction of the 13,400’ Runway 18R-36L. The scope of work was to redesign the Airfield Electrical System from parallel Taxiway C, to parallel Taxiway E, including all cross Taxiways in between. The Runway design included installing new lights along the entire length of the runway, including Runway Edge lights, Runway Center lights, Touch Down Zone lights, Runway Threshold End lights, additional cans and infrastructure for a future Foreign Object & Debris Detection System. New runway pavement sensors were installed to send data about the pavement temperature conditions for this runway back to the Air Traffic Control Tower. The design related to the Taxiways included installing new Taxiway Edge lights, Taxiway Centerline lights, Runway Status Lights and Runway guard lights as well as rebalancing & rerouting circuits and upgrading existing light fixtures to LED. A new electrical infrastructure system was installed consisting of Junction Can Plazas and duct bank, to provide new pathways for all these new and modified circuits for the entirety of this project. New LED Signage was installed for the Runway and Taxiways as well. To put the size of this project into perspective, 175 miles of new L-824C Airfield lighting cable was installed for the electrical scope, that’s more cable than the distance from Houston TX to Austin TX. The project scope also included the demolition of the old MALSR system on the 36L approach, and installing infrastructure for a new ALSF-2 system, including all EMT light foundations, and the majority of the MG-20 mast mounted light foundation, and all associated conduit and cable management structures. 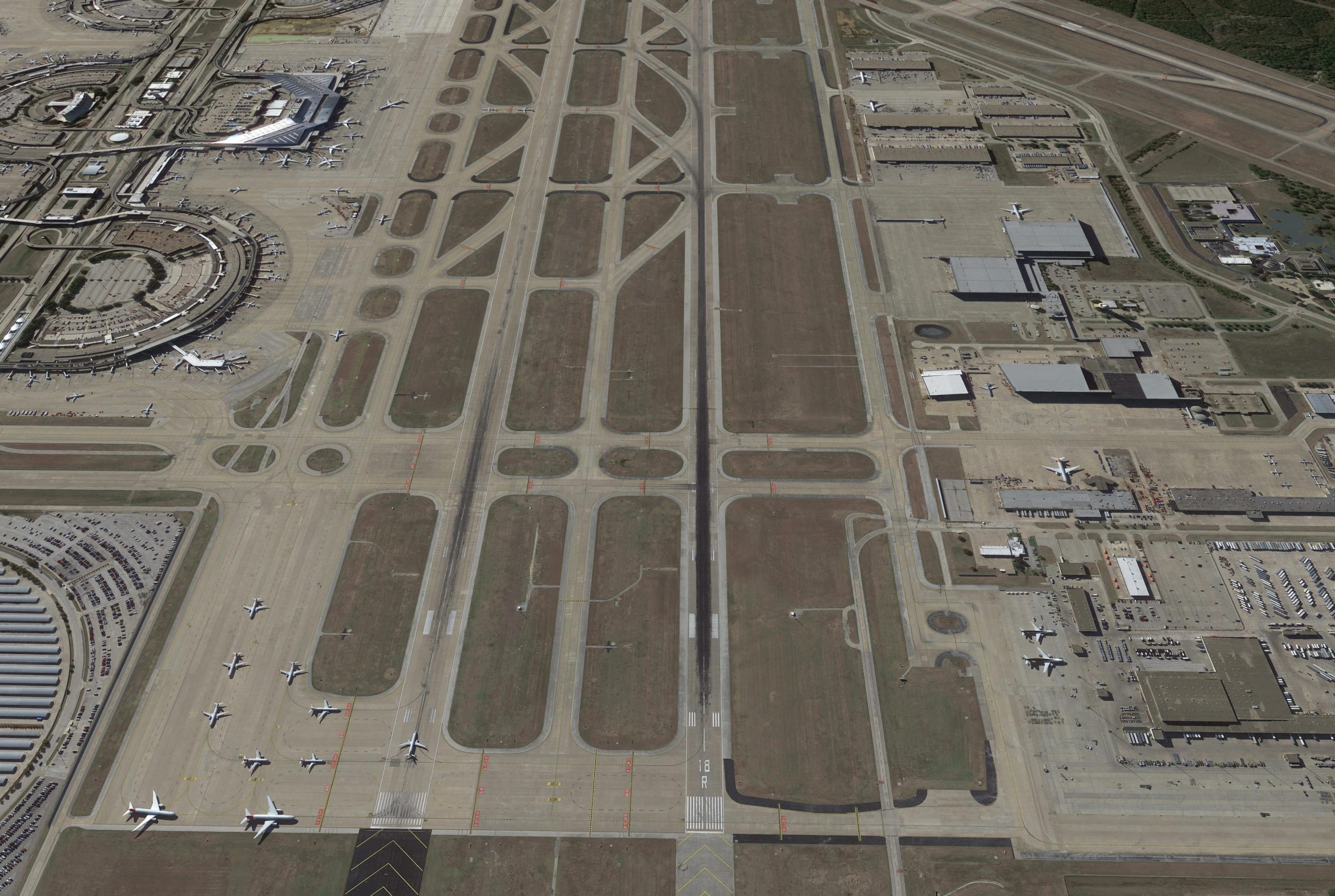